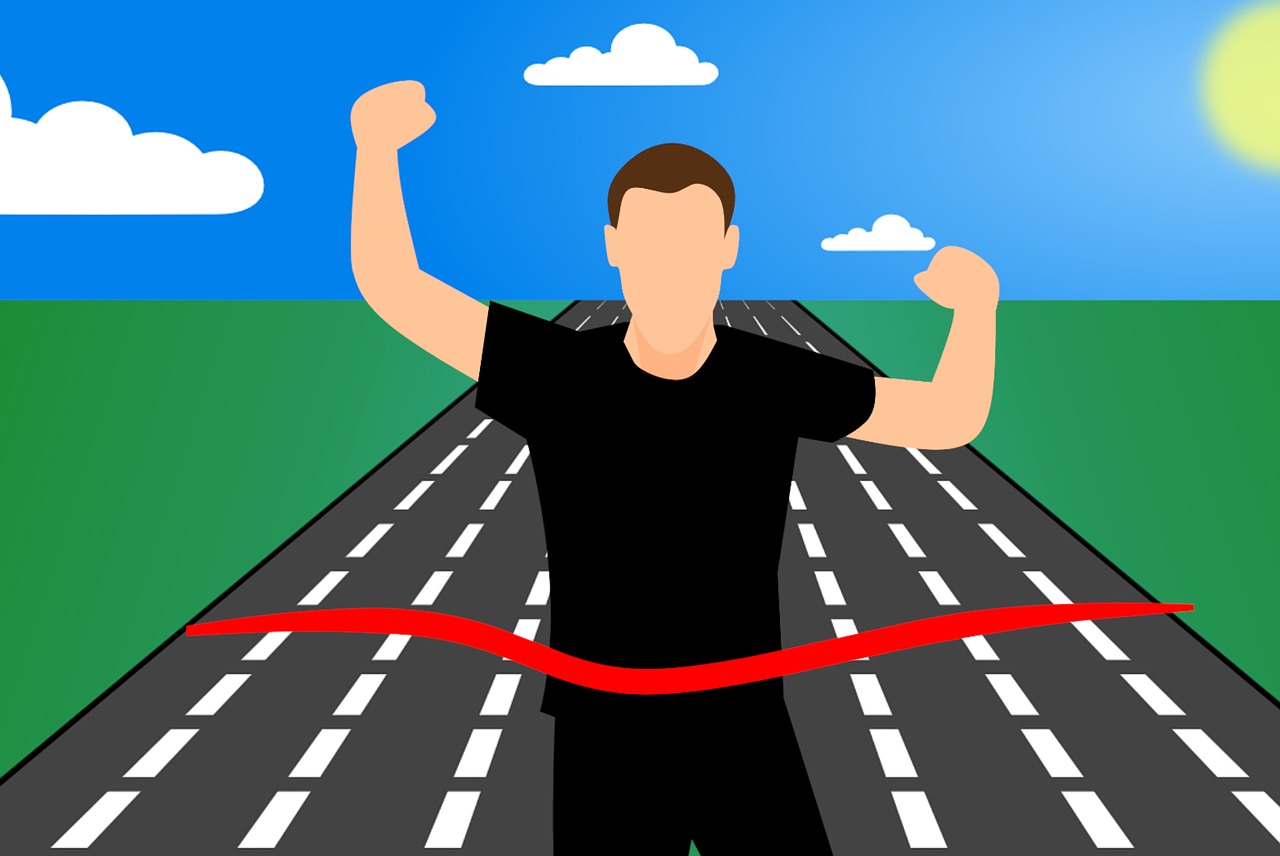 How many of us…

run to the tape…instead of through it?

Granted, it’s a big deal to even make it to the end of a race.

John Bingham, known as “The Penguin,” said “The miracle isn’t that I finished. The miracle is that I had the courage to start.”

So, let’s acknowledge that we are bolder than the average big-idea bear in that we actually began the race on our inspiration, initiative, or dream…and that we’ve run it at whatever pace we could muster.

Yet, there is something to be said about actually completing it powerfully and at our fullest pace until the end.

What strong finishers know is that the end isn’t on this side of the tape, but several yards on the other side.

Running TO the tape has you completing the race too soon: in your mind, your spirit, and your speed.

Running THROUGH the tape in your fullest form has you celebrating every step you’ve taken — the start, the mental trials, the stitches in your side, the near exhaustion — in the most honorable way.

What once bold initiative of yours has a tape in the distance for which you can use a sprint of energy to get through it, not to it?

Click Here to schedule a free 15min end-run chat around a career/business/life race you want to complete powerfully.

“Only think of two things – the gun and the tape. When you hear the first one, just run like hell until you break the other.” – Sam Mussabini