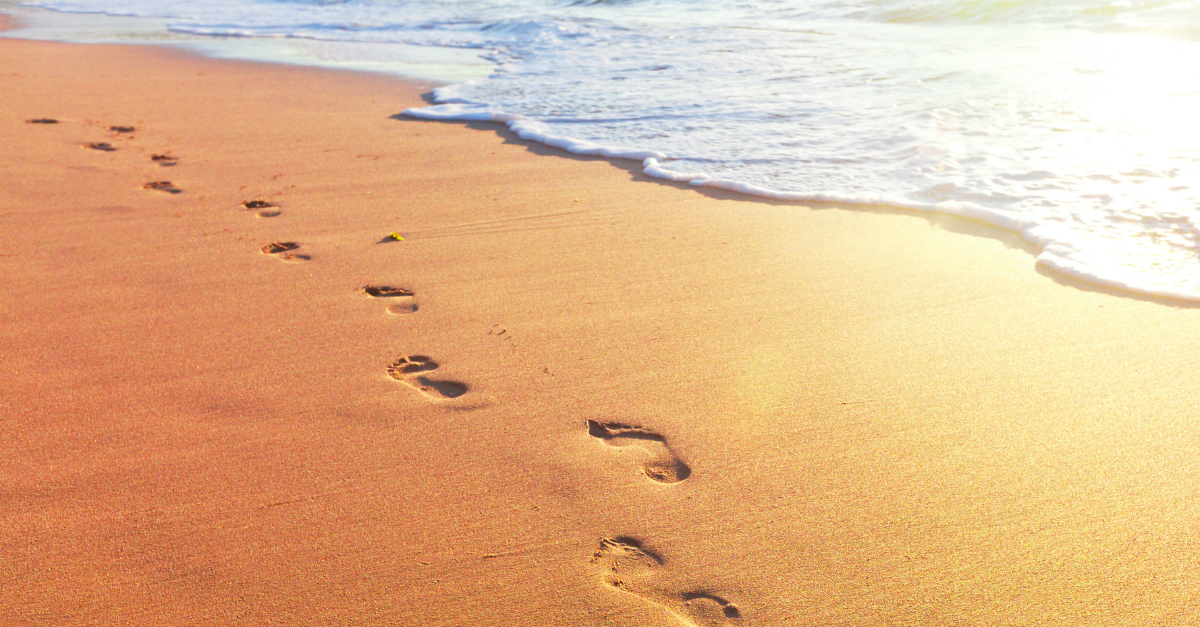 PART IV: Been out of touch, but I was answering the call of Becoming

Did you miss my last “I’M BAAAAACK!” JOLT Notes from the last few weeks? See PART I through Part III HERE and, if they speak to you, follow them up with the fourth installment below. Thanks for your interest in “Becoming”.Every Step You TakeIn last week’s installment I mentioned that the Becoming I’m living into now is living The Back Forty. Here’s a bit more detail on that.

Have you ever found yourself in a situation where you are offering advice and support for someone else and you have the thought “Wow, that’s pretty good stuff that just came out of my mouth! I should implement that myself!”?

Well, as mentioned before, The Back Forty: 7 Essential Embraces to Launch Life’s Radical Second Half was written by me and for me to begin a new life path after facing a particularly challenging midlife “opportunity” (namely, a half-million-dollar custody suit). It was at a time when I needed a complete reevaluation of where my life had come to thus far and where it might go if I were to embrace seven particular elements:
Past
Present
Gifts
Values
Initiation
Purpose
A Presence


Guess what? It was some darn good Higher-Self advice that downloaded on paper into what became 1) my own roadmap for turning around my own midlife ship’s course direction, 2) a helpful guide for others who became privy to this message through personal sharing and programs offered pre-publication, and 3) eventually this new whopper (552 pages!) of a midlife Self-help manifesto!

Here’s the deal though: like I said, we can all be erudite and sage in our advice and guidance for others but it’s a totally different ballgame when faced with living by those Higher-level principles and direction. Mea culpa: I’m faced with living by The Back Forty as well, even though it’s my own book written by me and for me! Yet, it’s a challenge I’m excited to pursue.

For example, there are many exercises and surveys in the book which have the reader discover the limitations and weight of carrying “the past” in terms of living their desires TODAY, in the present. You know, the childhood trauma or bad relationship that left scars, or the time when that project or business catastrophe occurred, which left you avoiding sticking your neck out again or taking risks.

Hey, we’ve all carried our past a looooooong time, so not the easiest to drop in a flash! The exercises, however, give the reader a formula by which to transform anything and everything from “the past” and even “the present” (you know, the gunk that’s going on even right now in your life) into the best thing that could ever happened to you. (I know, hard to believe. . .but it’s been proven to work!)

Another example: there’s a section in the book where the reader gets to look into the regrets they would have if their life were to end fairly soon. We don’t really consider on a daily basis the fact that we’re going to exit the planet at some point. Therefore, we allow ourselves to carry around a lot of undistinguished (and blind to us) regrets. After discovering those hidden regrets, this exercise ends with an opportunity to counter those regrets in real time, like beginning NOW, so that we won’t eventually die with those regrets still intact. In the book, I call those beginning NOW commitments “Rejoices.”

Here’s just a few of my own regrets-turned-rejoices:
1) Begin acting again. (I gave it up 26 years ago after becoming a single dad when too busy to head out for auditions.)
2) Begin playing my trumpet again. (I stopped that altogether after high school, even though I still have that gleaming Stradivarius in its case.)
3) Move towards a career involving the interviewing of others and sharing their stories.
4) A deeper relationship with my son.
5) Karaoke on a weekly (if not more even frequently) basis!

Some of you may remember the 1984 Best Song of the Year which had the following lyrics:

And how does what I’ve shared relate to this? Because just like the song states, I’m having to watch MYSELF on whether I’m living up to the commitments I’ve made to actually have my second half of life be my best half, which is the overall intent of The Back Forty.

OK, I’ll again put a pause on this multi-installment update and thank you for your interest in my (as well as possibly your own?) Becoming that’s taking place.

Next week, in Part V, “Becoming: A Team Sport” I’ll share with you one of the realizations I’ve had about the challenge of Becoming on a solo basis vs with the support and championing of others.

Stay tuned and thanks for listening.

Think differently, play better.Radically,DarrellCareerGuy and Back Forty Freedom FlierAgain, if you missed any of PART I through PART III, see them HERE.