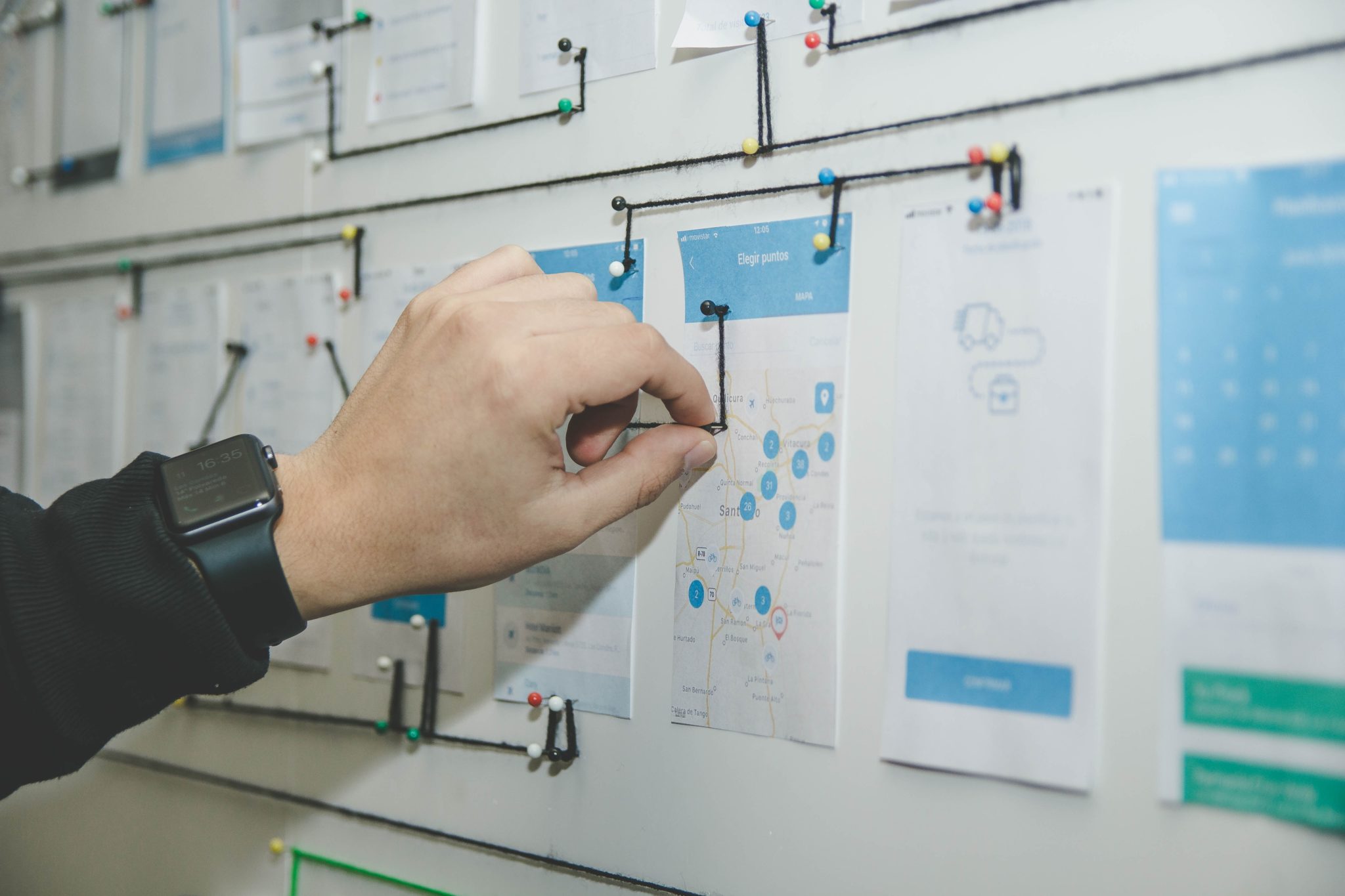 “Faith that it’s not always in your hands or things don’t always go the way you planned, but you have to have faith that there is a plan for you, and you must follow your heart and believe in yourself no matter what.” – Martina McBride

If you’re up to anything extraordinary…

or even just slightly above the average person’s aspirations, you’d better be ready for things to not work out the first time. Maybe not even the second, third or twelfth time.We’ve all heard the story of Abraham Lincoln’s “Failures” path to the Presidency, but it never hurts to remind ourselves of it. However, at this link (too much to copy here), you can see juxtaposed beside his famous “failures” list all the rarely mentioned “successes” that occurred in his pre-presidential life.Look, ask anyone for their favorite rags to riches, zero to zillionaire, or loser to light beam story, and they’ll tell you one. They’re good to hear, because they inspire us.Yet, one thing we want to build into our own “failures” path to our own dream, as Professor Lucas Morel did with Lincoln’s story at the link above, is a constant awareness of what did work out and the wins that did happen. What if we put a similar list together?In college, I once heard the then Mayor of Austin, TX, Carole Keeton McClellan, say that “If people aren’t having issues with you, you’re not doing much.”It’s the same way with the goals and dreams that you’re pursuing: if you’re not experiencing challenges and disappointments, you’re not up to much.So, having such a ready-made “Disappointment Relief Plan” may be good in case of emergencies. And, if you want to play big, hope and pray that you’re pulling it out regularly!Throughout July (LAST DAY!) my core initial coaching sessions are $50 OFF. Whether you’re exploring a career change (Career Review Strategy Session), wanting to grow your business as an owner or executive (PlayGame Big Game Coaching Session), or interested in designing a second half of career and/or life based on play, passion and purpose (Back Forty Big Game Coaching Session), take advantage of the summer discounts to further your dream here.

Got a disappointment relief plan?

“Disappointments are just God’s way of saying ‘I’ve got something better.’ So, be patient, have faith, and live your life.” – Unknown 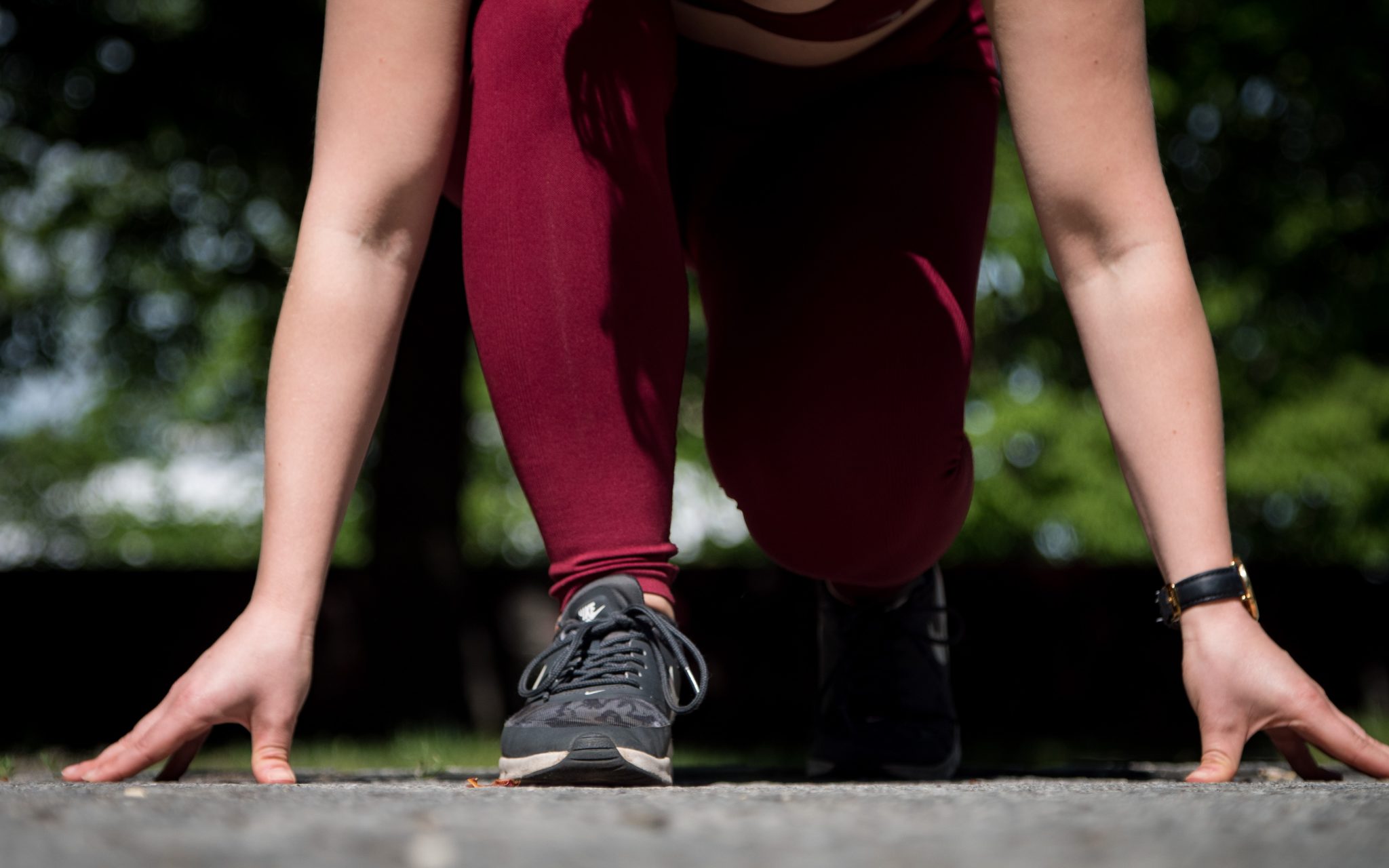 The only reason to do things differently…

than how we’ve always done them is if we want different results.

If all is well, life is good, and all our dreams are coming to pass, then we don’t fix what isn’t broken.

Too often we forget that, and focus on the outer circumstances and seeming blocks to getting what we want vs looking at our personal reality on the inside.

There’s the story of a wise woman whom folks would come from all over the world to seek her guidance.

One person made it to the top of the mountain and expressed his dismay at not achieving his desires, to which the wise woman responded: “What you must do is become very disciplined and focused, and make sure all of your efforts are efficiently utilized to reach your goal.”

Another person arrived shortly afterwards, also expressing dismay at not reaching his desires, to which the wise woman responded: “What you must do is relax, learn to go with the flow, trust that the process is coming about to take you exactly where you want to go.”

At the end of the day, the woman’s assistant questioned why these two individuals with the same issue were given such starkly opposite guidance, to which she responded: “The first individual generally lives life in a laissez-faire way and has not practiced the muscles of orderly intention. The second person generally over-analyzes and tries to guarantee things will work before he takes a step forward. Each must work another muscle to move beyond where they are.”

Question for today: what other muscle might you employ/wake up/reactivate/find to get where YOU want to go?

Throughout July, my core initial coaching sessions are $50 OFF. Whether you’re exploring a career change (Career Review Strategy Session), wanting to grow your business as an owner or executive (PlayGame Big Game Coaching Session), or interested in designing a second half of career and/or life based on play, passion and purpose (Back Forty Big Game Coaching Session), take advantage of the summer discounts to further your dream (and work other muscles) here.

Got a contrarian muscle workout?

“Wow, I really regret that workout.” – Nobody. Ever. 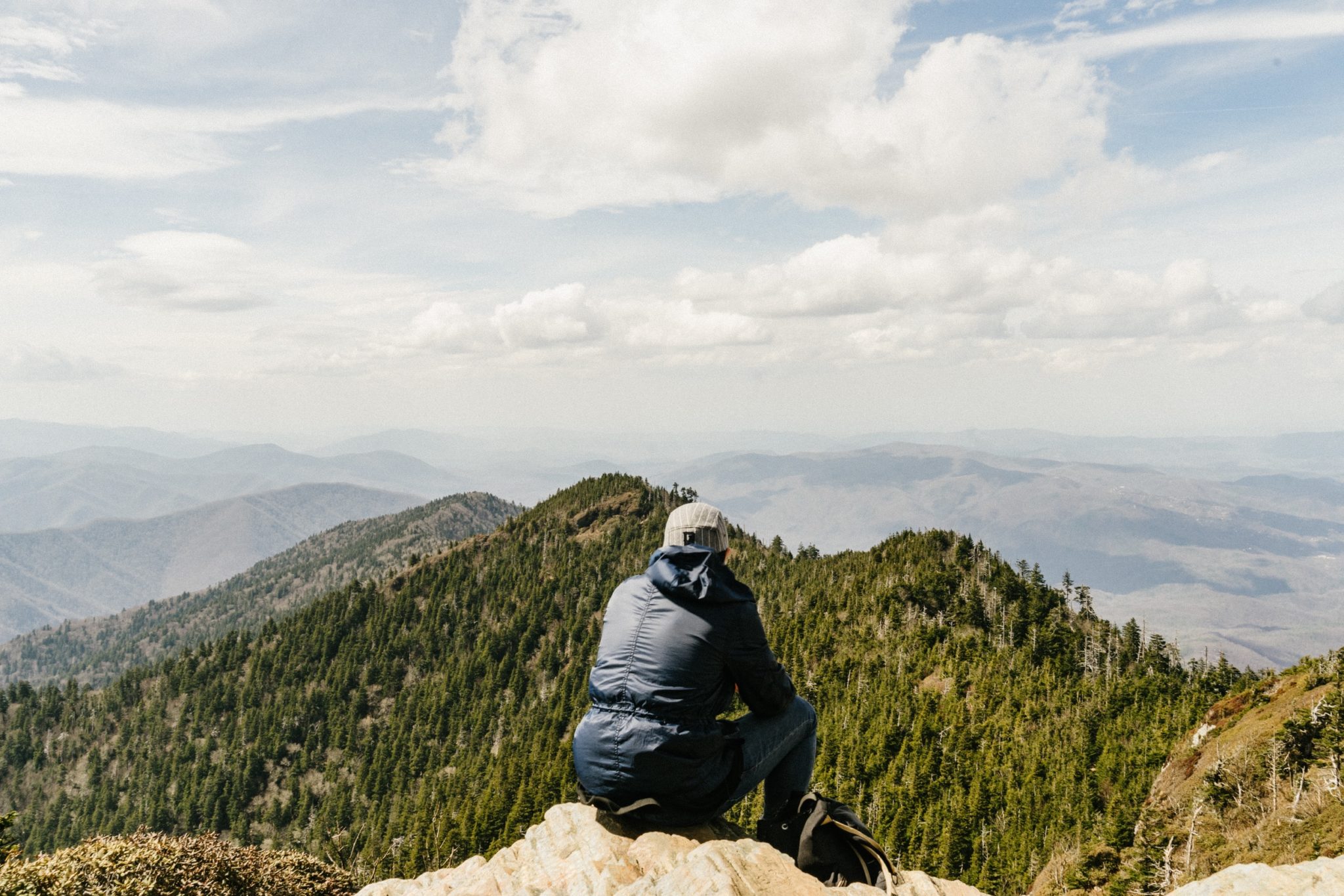 Too often we let go of a dream…

based on the outer circumstances we face in bringing it about versus looking to see what must first change internally.

If you’re going to accomplish something you’ve never done before, much less anything truly extraordinary, then who you’ll BE when it’s accomplished will be a different person than the one who started such an initiative.

One of the necessary internal changes which impact who we BE is habits.

God knows, we all have those little niggling — and sometimes major — personal and professional habits that we’d like to be rid of. And, God also knows, that many of us have tried many times to overcome them.

Writers, philosophers, gurus and scientists have waxed eloquent and offered tips and tricks for years on overcoming habits. Hypnotherapists make a living by addressing habits. So, don’t expect any quick fix in the next few paragraphs.

However, what can be appreciated more are the habit-breaking honeymoons. You know: when you actually did stop smoking/biting your nails/cluttering/being late/[fill in the blank] for a certain amount of time.

Sure, you may have “fallen” back into the habit again at some point. But the mere fact that you did, at some point, gain a certain amount of mastery over your “circumstances” proved that it could be done.

It all depends on how you contextualize your “fall [back] from Grace.” Does it empower you to know that you could/can do it? Or do you choose to believe, because you once/twice/multiple times tried and “failed” that it simply can’t be done?

Personally, I’ll choose the former interpretation…and I’ll go for as many habit-breaking honeymoons as I can.

We all know that any relationship can’t be a continual honeymoon, and at some point must have substance to be real. It’s the same with a habit…but the honeymoons keep the excitement up until, one day, that real (and new) relationship with one’s Self lands.

Throughout July, my core initial coaching sessions are $50 OFF. Whether you’re exploring a career change (Career Review Strategy Session), wanting to grow your business as an owner or executive (PlayGame Big Game Coaching Session), or interested in designing a second half of career and/or life based on play, passion and purpose (Back Forty Big Game Coaching Session), take advantage of the summer discounts to further your dream (and alter your habits) here.

The post July 17, 2019 – JOLT – Are you cultivating habit-breaking honeymoons? appeared first on CareerGuy.com. 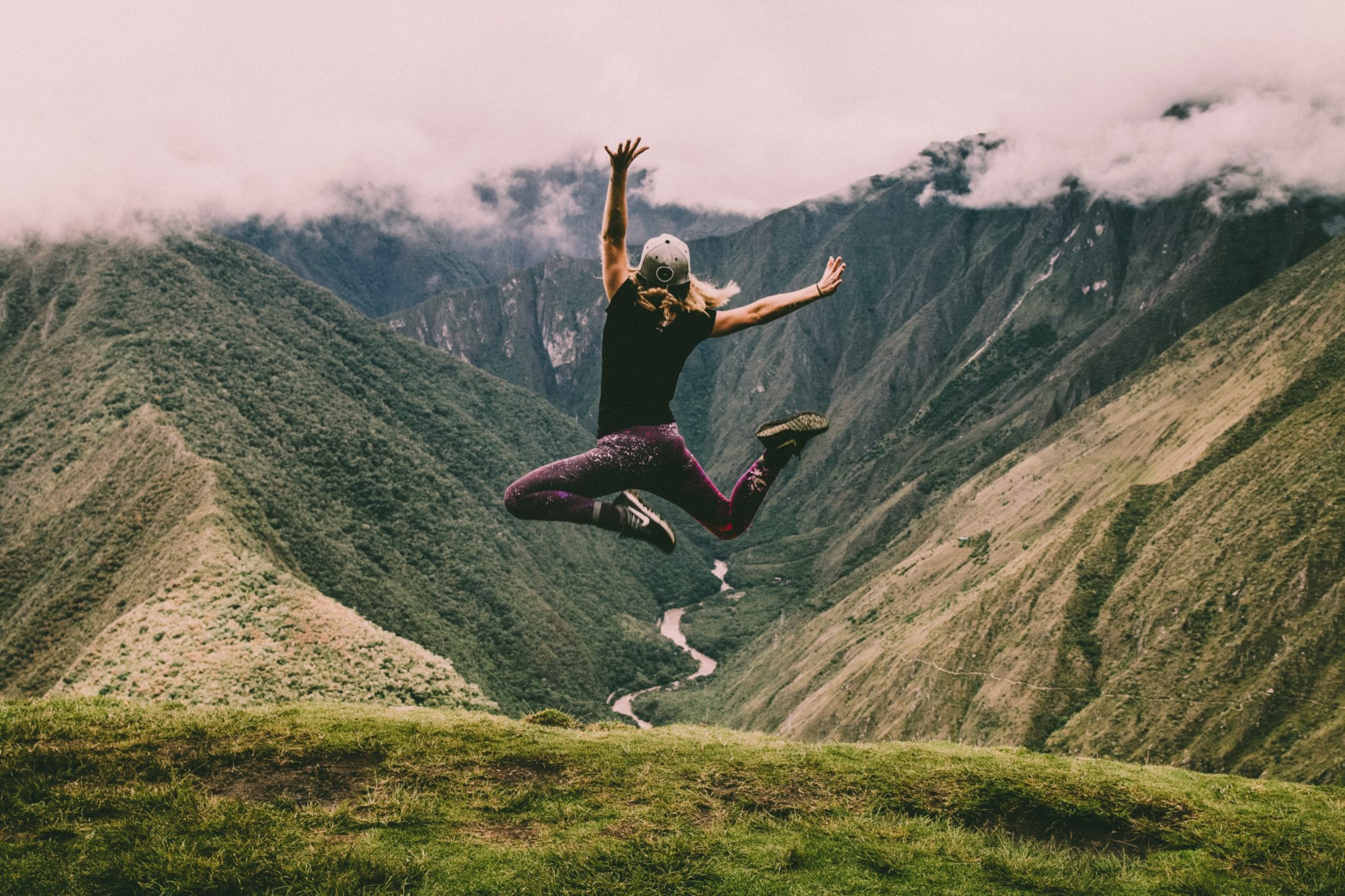 The thrust of each day…

is solving problems. We solve them for our customers, for our families, our community, etc.

One of the reasons companies prize college grads and MBAs is their demonstrated ability to solve problems.

We elect our leaders based on their seeming and/or demonstrated abilities to address and solve problems.

No doubt, there’s big business, big politics and the biggest focus of life in solving problems.

So, it’s easy to start and conduct each day with a focus on the problems to be solved before us. Such is life, and many of us even enjoy it: they get our juices flowing!

Yet, somewhere in the midst, there’s this novel idea of living a happy and joyous life.

The problems, the solving of them, and the elimination of them may give us a rush of accomplishment (aka, “joy”)…but what about joy independent of problems?

Look, we all need to pay the bills (another problem) and, therefore, the constant addressing of problems will always be with us.

But can we do so on top of a resident way of joyful being? Or can we, at least, every few hours of every day, take a “Joy Out” to remember the happy place we’re truly playing for? And can we do that without substances?

How can you give yourself a natural Joy Out today, in the midst of those juicy problems you have your hands so deep into?

Throughout July, my core initial coaching sessions are $50 OFF. Whether you’re exploring a career change (Career Review Strategy Session), wanting to grow your business as an owner or executive (PlayGame Big Game Coaching Session), or interested in designing a second half of career and/or life based on play, passion and purpose (Back Forty Big Game Coaching Session), take advantage of the summer discounts to Joy Out those problems here.

“There’s a treasure hidden in every moment. The joy of life is finding it!” – Katrina Mayer 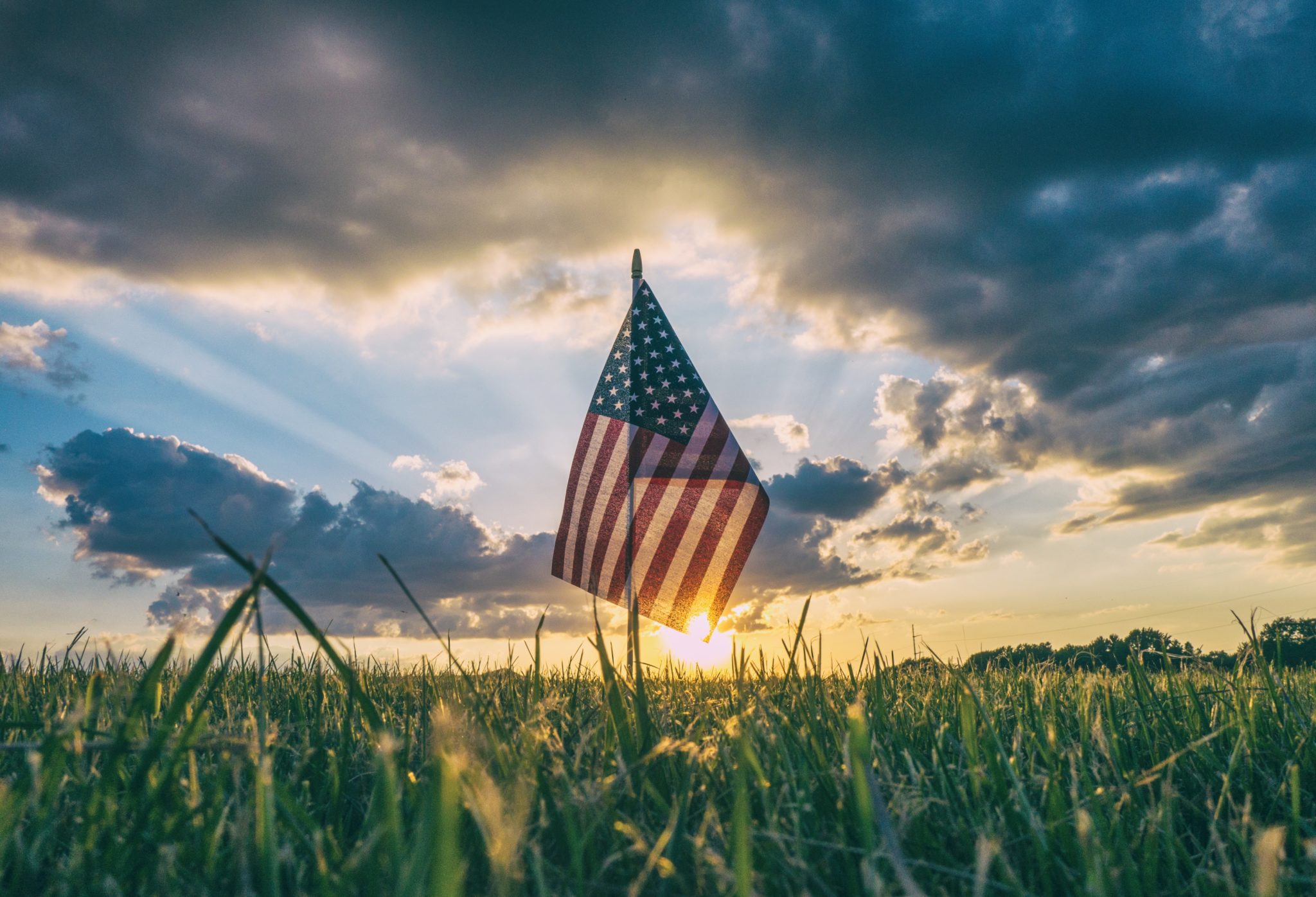 “Freedom is nothing else but a chance to be better.” – Albert Camus

Tomorrow, we get another chance…

to celebrate freedom in the U.S.

Freedom is a concept with many meanings and tangents, each person with his or her own picture of what it is to be free.

Sometimes, the right to elect one’s legitimate government, free speech, freedom of the press, assembly, and so many others we, as Americans born in America, take for granted.

However, there’s a reason so many folks have immigrated to the US throughout history: those basic freedoms don’t exist everywhere.

But, beneath those foundational freedoms, yet supported by them, are other certain freedoms we don’t necessarily think about…such as the freedom to smile, laugh and self-express.

On a recent trip to Russia, I was informed by a Moscow tour guide that ONLY over the last decade or so will you now see everyday folks on the street sometimes crack a smile or, God forbid, seem to be happy or laughing for no reason.

My wife, originally from Leningrad (now Saint Petersburg) even warned me — the down-home, strike-up-a-conversation-with-anyone, Texan-at-heart — to not smile at anyone on the metro because, in her time, that meant something salacious.

She also informed me of an old, Communist-Russia adage which says “Laughing without a reason is a sign of stupidity.”

So, the underlying message in that culture, which it seems to only now be rising from, is “Don’t show happiness. Don’t be friendly. Life is serious and significant.”

Again, that’s only one instance of the freedoms we have here that many in the world don’t.

So, during this celebration of our country’s historical, torch-bearing championing of freedom, let’s remember the big pillars of freedom and yet appreciate those friendly hellos on the street, bursts of laughter in outdoor cafes, and smiles given for no reason whatsoever because of where we’re blessed to live.

Perhaps the greatest freedom is the freedom to be.

Throughout July, my core initial coaching sessions are $50 OFF. Whether you’re exploring a career change (Career Review Strategy Session), wanting to grow your business as an owner or executive (PlayGame Big Game Coaching Session), or interested in designing a second half of career and/or life based on play, passion and purpose (Back Forty Big Game Coaching Session), you can take advantage of the summer discount here.

Got freedom to be?

“My definition of a free society is a society where it is safe to be unpopular.” – Adlai Stevenson

The post July 3, 2019 – JOLT – Remembering to BE your FREE appeared first on CareerGuy.com.